Monocular Vs Binocular – Which One Is Better For Traveling?

Monocular vs binocular, which one would be better for traveling? Feeling upset as you stop suddenly seeing beautiful scenery while roaming around the mountains or jungles? You want to see the thing more clearly, but your eyes are limited to the definite point. At this point, a monocular or a binocular can help you. But the thing is, choosing one is not an easy task.

Let’s talk about it to make your decision easier.

Monocular Vs Binocular – Which One Is Better For Traveling? When you compare a monocular with a binocular, the first thing you may notice is its size. The size of both is not the same. A monocular is a single lens object, while the binocular is two times a monocular, consisting of a double lens.

Again, the size of a monocular or a binocular impacts its usage. You can easily hold the monocular with a single hand keeping the other hand free. But it comes different in the case of binoculars. For a steady position of a binocular, while using it, you will have to use two hands.

Monoculars are made of a single lens by which you can look at the object by closing one of the eyes you want to see. But keeping one eye off for a long time is painful when seeing anything as they are not made to look independently.

As a result, your eyes will start to hurt and compel you to stop continuing to see.

But in a binocular, you will not face such a problem. It offers you to watch things using both eyes, so you will not have to close one of your eyes, and they will not get strained.

Monocular Vs Binocular: Weight And Portability

Weight will undoubtedly come into the equation when you look for the differences between monocular and binocular. A binocular feels heavy when it is compared to the weight of a monocular. It has a double-focusing lens, so it will lose to a single lens, which has less weight than a binocular.

A monocular is light in weight, small in size, takes less space, and the most valuable thing is its portability. You can easily insert your monocular in your pocket or a traveling bag, whereas a binocular does not offer you such a facility.

You can carry a monocular with you anywhere you want. Therefore, it will not feel like a burden to you. Moreover, you can hang it around your neck for a long time by using a strap. Binoculars can also be hung around the neck. To give you a vivid, clear picture of an object, sufficient light is needed to enter the lens. Therefore, the more significant and many the lenses are, the greater the possibility of light coming inside the lens coming into light. Binoculars come first at this point.

A binocular consists of two significant and wide lenses that allow much light to enter. In a binocular, you not only can get a clear picture, but also you can see the objects more broadly.

But in a monocular, lights come less in a single lens. As a result, it gives you a narrow picture, not a wide-angle view. When durability matters, binoculars are more potent than monoculars. The materials used for making a binocular offer you to use it for a long term without any hesitation about its longevity. But for the severe damage issues, none of them fulfill the mentioned point.

Hopefully, now you are clear about the things that you should consider when purchasing a monocular or binocular for traveling. Let’s discuss some benefits you will get from binoculars and monoculars.

It would be best if you had a night vision binocular while walking or exploring nature at night. However, you must also use it if you are fond of seeing the animal’s behavior at night. It is built especially for night use.

Animals or moving things naturally make heat, and that heat a night vision binocular captures using thermal imaging. This type of binoculars allows you to see a maximum of 200 feet of distance at night.

It is suitable for a wide field of view and low light performance. The 10x lens with a 50 mm diameter gives you a wide-angle view and a clear picture at night. Binocular With Rangefinder measures the distance between the target you focus on and you. It sends a beam to the point, receives the returned beam with the help of a receiver, and calculates the actual distance.

Binocular With Rangefinder is used for hunting or military reasons. The top brief flashlight it sends is 5000 yards.

When you don’t find any live animal to hunt or can’t measure the distance between you and the target at night, a thermal imaging monocular is the best to help.

It has the technology of any living thing, whether it is behind the tree or not in its range, and can also tell you the difference between you and it. A thermal imaging monocular is available for both day and night use, and their range is more than 1000 yards.

It is not easy to point out the difference between monoculars and binoculars because they have vital features that alter your decision. However, you can take monoculars when concerned about the weight, portability, and viewing angle.

Moreover, thermal technology monoculars are less expensive than binoculars. Therefore, you can purchase it if you want to get alert while walking on an unknown road.

And, if you want a clear image and wide field of view, and insist on its easy usage or durability, then binoculars are best for you. After reading the monocular vs binocular comparison, hopefully, now you can make your choice.

5 Money-Saving Tips For Your 2022 Travels 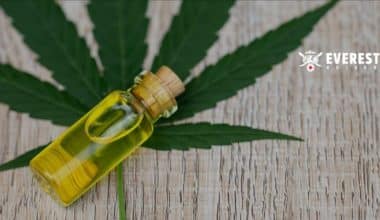 Read More
Table of Contents Hide Can CBD Be Your Travel Essential?Some Tips To Travel With CBD You Should Know…
TTravel 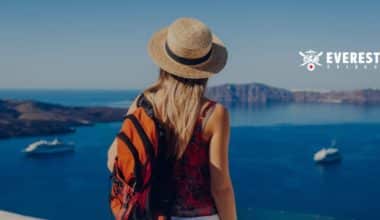