Sporting Events That You Should Attend Whilst Visiting the UK

The United Kingdom is one of the most popular tourist destinations in the world, welcoming nearly 40 million visitors every year, there are many reasons and wide sporting events is one of them. Whether it’s the Scottish Highlands and their picturesque castles or London’s remarkable architecture and culture, there are any number of reasons to visit. The London Eye alone attracts 10,000 people per day whilst the Snowdonia National Park in Wales welcomes over 3 million visitors a year. With tonnes of restaurants, pubs, theatres and clubs all throughout the UK, there is no end to the charms and appeals of the country. However, one of the most popular pastimes and hobbies in the country is spectator sports.

Here Are Four Sporting Events That You Should Not Miss

Every year millions flock to sports venues all year round to watch some of the best athletes in the world compete. The English Premier League is the Mecca of professional football and has the largest viewership of any sports league in the world with a potential viewership of over 4.7 billion people. There is something for every sports fan in the UK so let’s take a look at the events that every tourist should attend whilst travelling the UK. 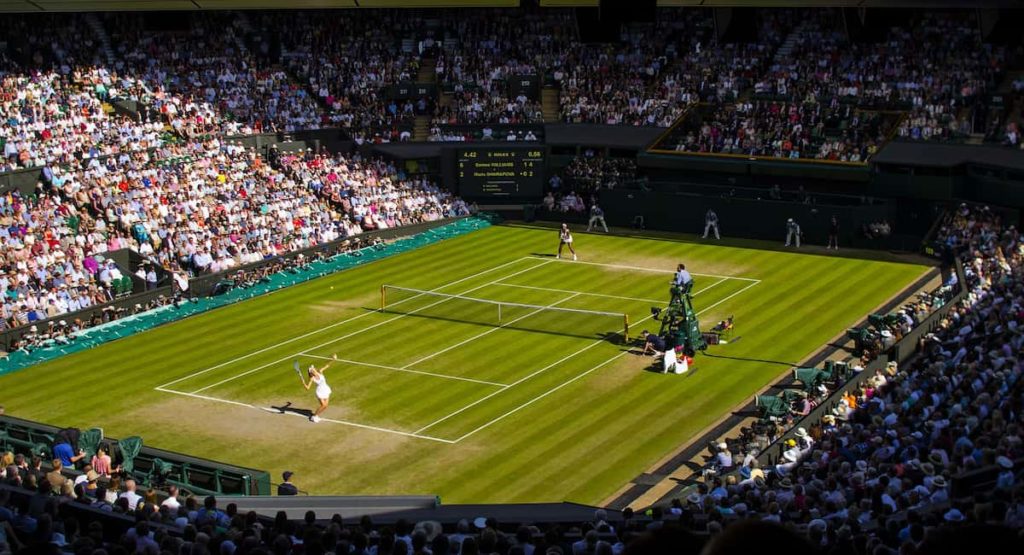 Wimbledon is one of the countries proudest and oldest sporting traditions and is the most prestigious tennis competition in the world. Played outdoors on grass courts at the All-England Club in Wimbledon, London, since 1877, the grand slam event has produced some of the greatest matches and rivalries in the history of the sport. Taking place over two weeks in late June-early July, the tournament is often visited by some of the most famous celebrities in the world with the likes of Jude Law and Bradley Cooper regulars of centre court.

Tickets are tough to come by and cost a pretty penny, which is why every year thousands gather on ‘Murray Mound’, affectionately nicknamed after British No. 1 Andy Murray, to watch the action. It is a gently inclined area of grass available to fans without tickets for the relevant court, where the action is broadcast on a giant television screen. With hundreds of exciting matches taking place during the tournament, the action is non-stop. You can add an extra layer of thrill by betting on your favourite players over at 888 Sport. Simply download the app, sign up and start backing some of the biggest stars the sport has ever seen. 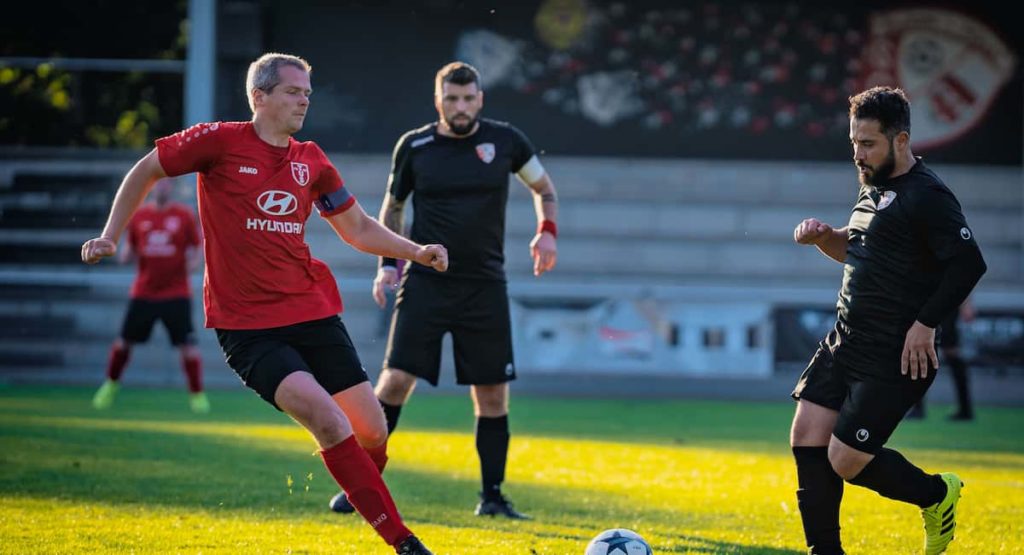 From one historic sporting event to another, the FA Cup is arguably the most famous domestic football tournament in the world. First played in 1871, it is the oldest association football tournament in the world and has produced some of the most famous moments in the history of English football. Due to every team from the Premier League down to the semi-professional echelons of English football being invited to compete, it has become famous for ‘giant-killings’ where minnows beat some of the biggest clubs in the country against all odds.

After 7 ‘proper’ knockout rounds, the final is played at Wembley Stadium, home of the English national team, every year which has led to the ground becoming known as ‘The Home Of Football’. The game typically takes place in the middle of May, following the culmination of the football league season and is attended by over 80,000 fans. The magic of the Cup is truly something you do not want to miss. 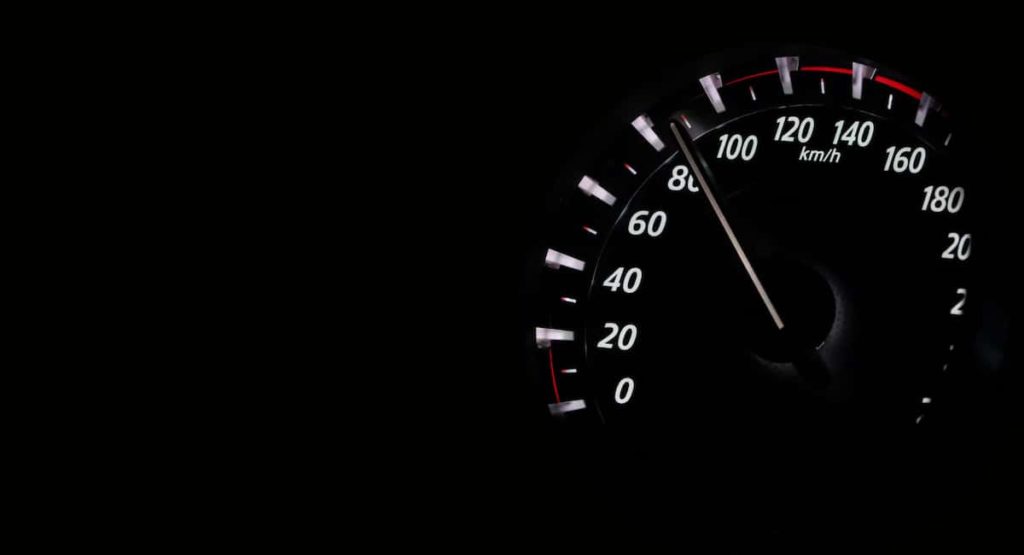 Silverstone racecourse has become the home of British racing since it first hosted the British Grand Prix in 1926 and became a round of the FIA Formula One World Championship every year in 1950. Held annually near the Northamptonshire villages of Silverstone and Whittlebury, it has hosted some of the most exciting races in F1 history with the likes of Nigel Mansell, Michael Schumacher and Lewis Hamilton all standing atop the podium. Held in July, the weather is usually clear, but the infamous British rain can only add to the excitement of proceedings. 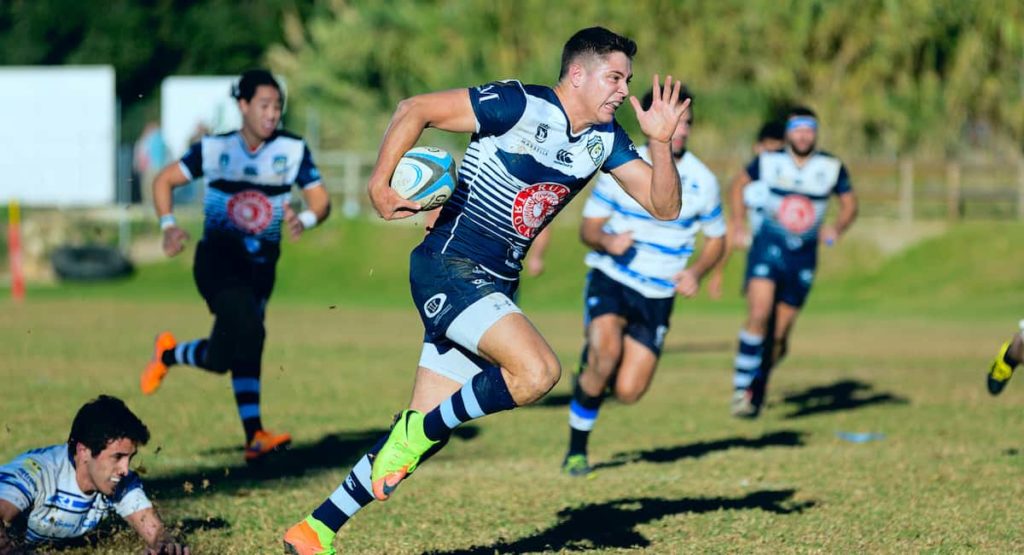 The annual Six Nations rugby union tournament is an international mini tournament played between Italy, France, England, Ireland, Scotland and Wales. Played between February and March, the full blooded, passionate displays of sporting prowess between some of the most skilled players in the world is a sight to behold. All fans are mixed together creating a welcoming, festive atmosphere. The games are played across various venues in the UK and Europe but one of the best places to visit is the Principality Stadium in Cardiff, Wales. Formerly known as The Millenium Stadium, it is the home of the Wales national rugby union team and has also held games for the national football team. A 73,000 all seater, the atmosphere is always electric in the ground and there is no better place to watch one of the most anticipated tournaments in the sport.

Here's How CBD Can Help You In Your Long Journey 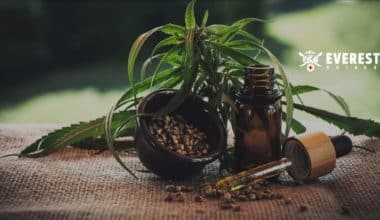