Extreme Everest Conditions And Their Link To Oxidative Stress

The daunting task of summiting Mount Everest goes far beyond preparing your body for the physical toll of climbing to 29,000 feet. The truly arduous nature of the climb comes from the disorienting effects of the mountain’s conditions: extreme cold, low oxygen, and exposure to sun and wind. Simply put: Everest is a hostile environment.

What even seasoned, serious climbers don’t realize is that the effects of Everest’s extreme conditions take their toll at a cellular level. Almost from the moment you begin your ascension from base camp, your body begins to endure extremely high levels of oxidative stress as you push it to its limits. As you prepare for the climb itself, it’s also critical to fortify your body against the free radical damage it’ll endure as you seek the summit.

What Is Oxidative Stress? 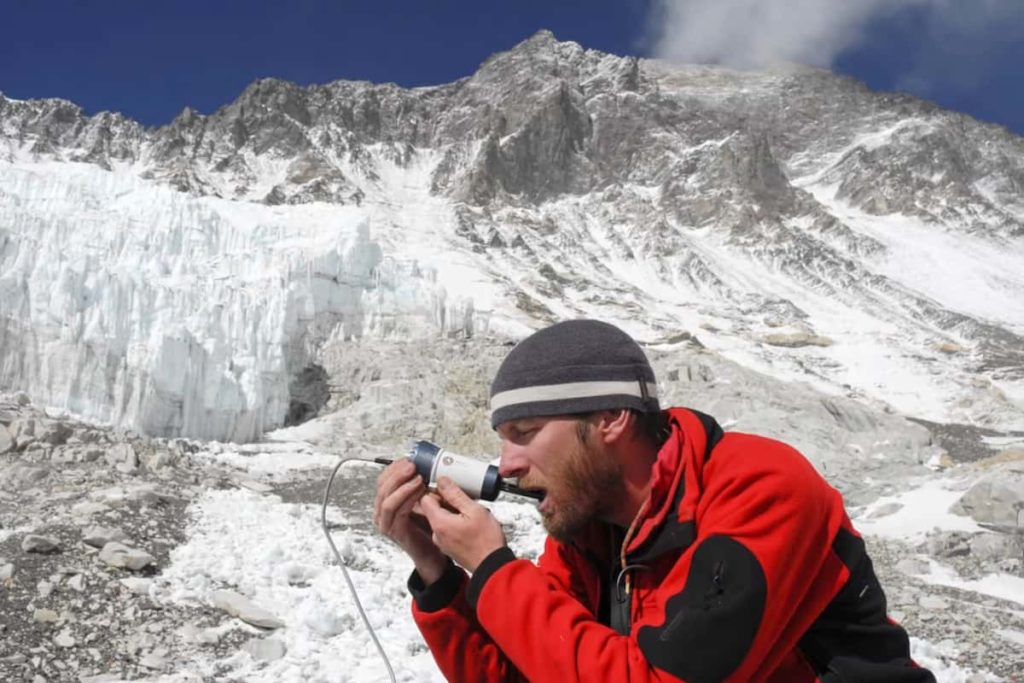 Oxidative stress is a serious condition that damages healthy cells in the body. It’s caused by an overabundance of unstable free radicals that move throughout the body, searching for healthy electrons to bond to. When they pair with these electrons, the interaction causes cellular damage and, in some cases, cellular death. Prolonged periods of oxidative stress can lead to a whole host of serious health conditions, including the development of cancer, diabetes and, heart disease.

Your body is exposed to free radicals on a daily basis due to environmental pollution, UV light, and even your diet. While some free radical production is natural and even healthy, an overabundance of free radicals leads to oxidative stress and, in time, oxidative damage.

Reactive oxygen species (ROS) and reactive oxygen and nitrogen species (RONS) are the two biggest culprits of oxidative stress. Unfortunately for climbers, the severity of these increases with altitude. It’s critically important to keep ROS and RONS to a minimum, since they alter proteins and cells in the body, resulting in altitude-induced oxidative damage that resembles ischemia/reperfusion injury. 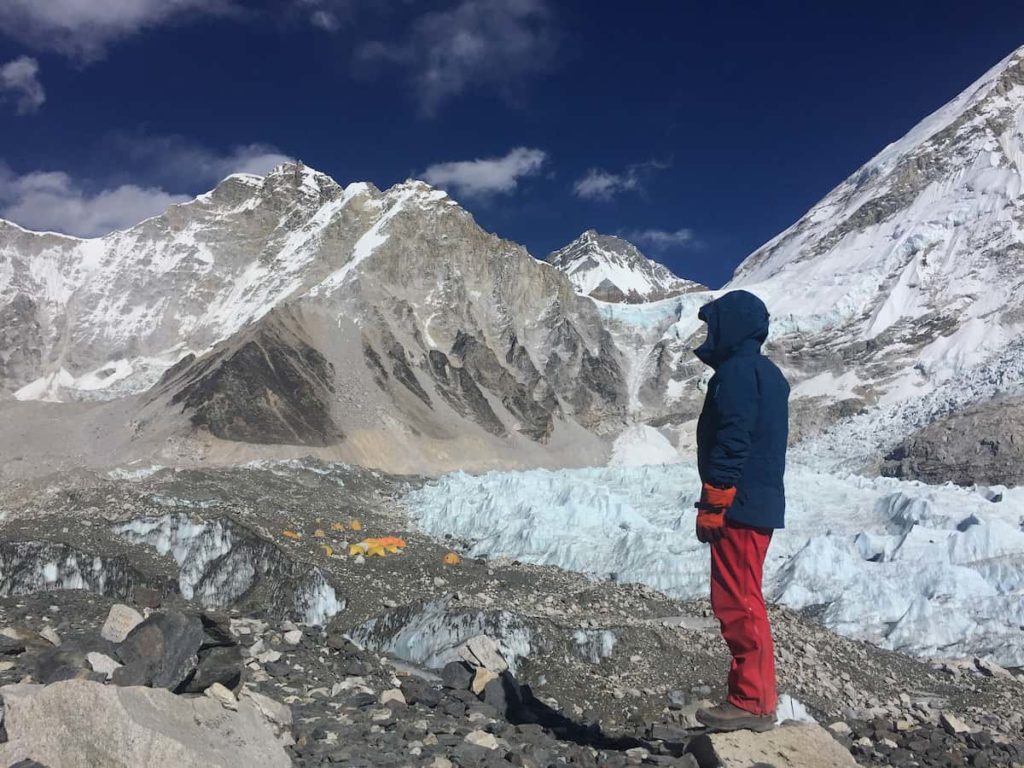 As you gain altitude during any climb, oxygen pressure steadily decreases. If oxygen pressure isn’t maintained at adequate levels in your body, it results in oxidative stress and enhanced production of ROS and RONS. Oxidative stress can damage lipids, proteins, and DNA, permanently harming cells throughout the body.

Unfortunately, the severity of oxidative damage is directly related to the degree of altitude. In other words, climbing Everest isn’t only dangerous due to the elements or extreme temperatures, but the altitude itself harms your body on the cellular level. In fact, one of the biggest threats to people climbing Everest is hypoxia (lack of oxygen). Hypoxia causes a massive spike in cellular damage, and the longer your body is without sufficient oxygen, the more stress and damage your cells take.

Keep in mind that simply being at high altitudes can cause oxidative damage, but it’s exacerbated by physical activity such as climbing. In short, the combination of the two can be especially harmful and lead to serious injury during a climb. When it comes to a trek like Everest, it could keep you from reaching the top.

Everyone needs to maintain adequate vitamin E levels, but it’s especially important for climbers. Those planning to conquer Everest need to pay extra attention to their vitamin E intake, as it can combat oxidative stress that occurs at exceptionally high altitudes.

In fact, a study on the cellular protective benefits of vitamin E at high altitudes was conducted by measuring lipid peroxidation among mountaineers climbing K2, the second-highest peak in the world behind Everest. Using gas chromatography, scientists measured the amount of exhaled pentane: a product of lipid peroxidation. The results were conclusive:

12 mountaineers were supplemented with either 400mg of vitamin E per day (test group) or a placebo (control group). Given the results of the pentane measurement, results show that there is increased oxidative stress at high altitudes and that supplementation with vitamin E, an antioxidant, can counteract its negative consequences.

This same study indicates that ultraviolet radiation also increases with altitude and that vitamin E supplementation can further protect against oxidative stress gained via exposure. Unfortunately, many people don’t get their recommended daily value of vitamin E from dietary sources alone, which makes supplementing a convenient and effective solution.

Supplementation Is Key In Preparation 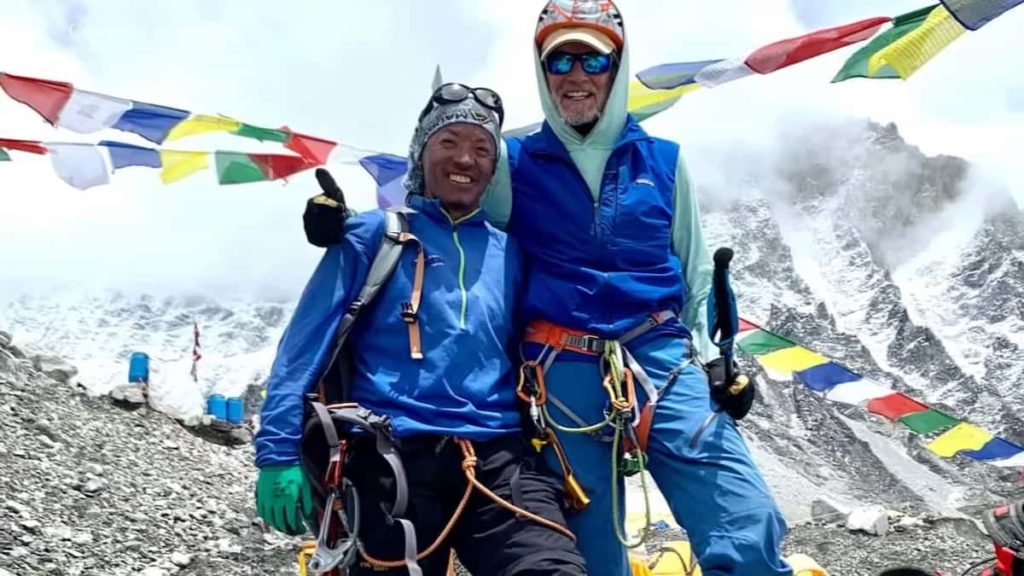 Preparing to conquer Everest? Dreaming of taking on the challenge in the future? Many climbers focus on endurance training and stamina before taking on climbs even less extreme as Everest, and many go so far as to train their bodies to function better at altitude with oxygen deprivation.

While it’s important to prepare your body for the inclement conditions of the mountain, it’s important not to underestimate the cellular damage it’ll face—both during training and on the climb. Supplementation, especially with vitamin E, is a critical part of getting the body ready to endure internal stressors caused by external variables.

If you’re interested in supplementing with vitamin E—whether you’re an avid climber or not—always seek a doctor’s approval first. Only your healthcare provider can determine whether vitamin E or any other supplement, is right for you and your particular health concerns.

Already have a doctor’s approval? Choose your supplements carefully—only all-natural vitamin E products contain the most bioavailable form of the nutrient. Your body absorbs quality supplements much more efficiently and effectively. If you want to give your body the most benefits from supplementing, all-natural is the only choice.

Some Tips To Travel With CBD You Should Know About

How to Choose the Best Grill for Outdoor Kitchen: A Guide 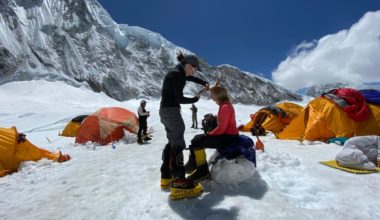 Read More
The Everest Base Camp Medical Clinic (Everest ER,) a project of the Himalayan Rescue Association-USA (US based nonprofit…
EEverest ER 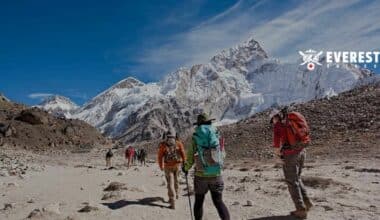