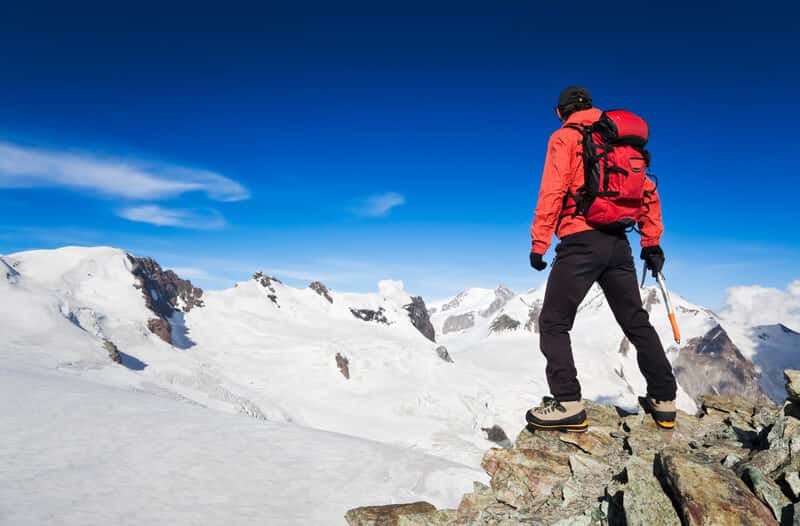 High altitude respiratory problems were described by Somervell after his attempt on Mt Everest in 1924:
“Finally, as we approached the level of 28,000 feet [8534 m], the summit being only half a mile away or less, I felt that, as far as I was concerned, it was hopeless to continue. I told Norton that he had no chance of the summit with me. My throat was not only extremely painful, but was getting almost blocked up—why, I knew not. . . .

Somewhere about 25,000 feet [7620 m] high [on the descent], when darkness was gathering, I had one of my fits of coughing and dislodged something in my throat which stuck so that I could breathe neither in nor out. I could not, of course, make a sign to Norton, or stop him, for the rope was off now; so I sat in the snow to die whilst he walked on, little knowing that his companion was awaiting the end only a few yards behind him. I made one or two attempts to breathe, but nothing happened. Finally, I pressed my chest with both hands, gave one last almighty push—and the obstruction came up. What a relief! Coughing up a little blood, I once more breathed really freely—more freely than I had done for some days.”

The extraordinary environmental conditions at high altitudes (dry, cold, hypoxic) have the potential to directly damage the respiratory tract, and this can present in a number of different ways, ranging from sore throats and coughs commonly seen at altitude to rarer cases of bronchiolar collapse and lung atelectasis.

Despite the fact that high altitude cough continues to be one of the biggest medical problems at altitude, damage to the respiratory tract at high altitude has received little scientific attention in the medical literature.

In normal conditions, inspired air is warmed to body temperature and saturated with water vapor, ensuring that the mucociliary transport system is able to remove surface liquids and particles quickly and efficiently. Disabled by cold dry air at altitude, the retention of mucus caused by mucociliary dysfunction can also lead to widespread cellular damage.

Although the human body can adapt to high altitude in a number of different ways, there is no evidence to suggest that mucociliary function improves with prolonged exposure to this environment. Therefore, experts recommend that at extreme altitude, visitors minimize nasal obstruction, dehydration, and time spent at extreme altitude in order to minimize problems. Additionally, by acclimatizing appropriately and ensuring that a sufficient supply of supplemental oxygen is available for persons climbing at extreme altitudes, it may be possible to reduce the harmful effects of this harsh setting on the mucociliary system.

At EBC, we recommend additional steps to prevent this phenomena: use frequent steam inhalation, climb with a thin mask (retaining as much of the expired moisture and heat as possible) and stay well hydrated as well. 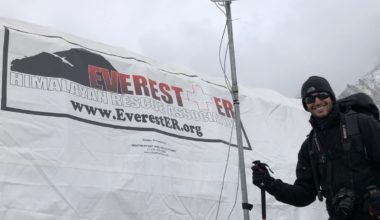 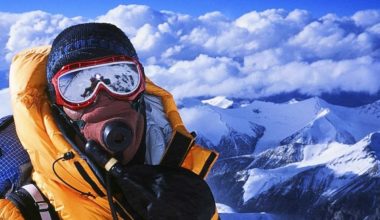